We’re ready to answer any of your questions or ask as below.

We’re ready to answer any of your questions or ask as below.

What is Breast Lift Surgery?

Breast Lift Surgery (sometimes called a “boob” lift or Mastopexy) is an operation that raises and reshapes your breasts. The procedure may remove some excess breast fat and glandular tissue but mostly removes excess breast skin to achieve a breast that is firmer, perkier and in proportion with your body.

Over time, your breasts will change as a result of factors such as your genetics, pregnancy, breast-feeding, weight loss (or gain) and along with this as you age there is a general decrease in skin elasticity. All of this can lead to breasts that are more sagging in appearance. A breast lift, or mastopexy id designed to help those ageing breasts.

Multiple techniques exist that can fulfil your goals with minimal scarring. For patients who require more volume as well as lift, then the augmentation mastopexy (breast lift with implants), is the operation of choice. If less volume is desired, then the lift can be performed in association with a breast reduction.

Am I a Candidate for Breast Lift Surgery in Sydney?

If you feel that you meet one or more of the following then you may be a good candidate for Breast Lift Surgery:

Before and After Gallery

There are many decisions to make when considering breast lift surgery in Sydney. The size you would like to be after the surgery, the type of possible scars you may get, whether you may need breast implants as well, how the procedure may affect your lifestyle are all questions that will need to be discussed before proceeding to surgery. It is important that these choices are tailored to your needs and Dr Kumar can guide you and facilitate this so that your results reflect the appearance you are looking for. Breast lift or mastopexy surgery is continually evolving and it is important that your surgeon is aware not only of the latest techniques but also of the latest trends that contribute to giving you as beautiful a result as possible.

Breast Lift surgery in Sydney, is performed under general anaesthesia and usually you will stay in hospital overnight. There is minimal pain after the procedure and this is controlled with simple analgesia. Dr Kumar only performs this procedure under a general anaesthetic in accredited private hospitals to ensure maximal patient safety and comfort. 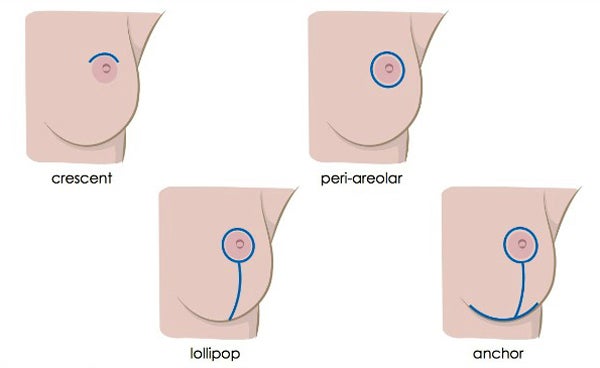 A very natural looking, attractive breast is created with a smaller than usual scar

Occasionally there is a short T extension following the breast crease.

It can be performed in women of any age and is associated with a relatively quick recovery period.

The scars involved are significantly longer than the ‘vertical’ technique

This operation is reserved for someone who is unsuitable for the ‘vertical’ operation, such as a patient with significant skin surplus.

The lift is performed with the scar all the way around the areolar itself thereby reducing the areolar skin while lifting the breast. This technique is often combined with a breast implant at the same time.

The incision is around the areolar complex but only on the upper half.

Your nipples will remain attached but will be repositioned and brought up to the more appropriate height. Your areola is also reduced at this time. Rarely, for extremely low hanging breasts for example, the nipple and areola may need to be removed and transplanted to a high position on the breast. This is called a nipple graft.

Fat Grafting to the breast is not a new procedure. However, the current, more modern techniques of fat harvesting and grafting has made this procedure extremely popular in patients undergoing breast lift surgery in Sydney. Fat grafting techniques can add a layer of contour to a lifted breast especially in patients who have lost a lot of weight. Volume can also be replaced and there can be improvement in the upper pole of the breast and décolletage. Sometimes fat grafting in conjunction with a breast lift can take away the need for breast implants. To learn more about fat grafting please click here to be taken to our fat grafting information page.

At the end of your operation, Dr Kumar will close his incisions with dissolving stitches in multiple layers. This means that no stitches will need to be removed following surgery, for most patients.

All your sutures are self-dissolving and your dressings are waterproof so you can start having a shower from the day after your surgery. You will be given a garment (post-operative bra) to wear and this is to be worn for 6 weeks after your surgery.

Swelling will begin to decrease within the first two weeks and will continue to improve throughout recovery. Your final results may take up to 6 months to be visible.

If you are considering Breast Lift surgery in Sydney, then it is important that you are informed of the potential risks, complications and side effects of this surgery.

While all care is taken to minimise or totally avoid these complications and side effects, complications may and do occur despite the best medical care. It is important that you carefully read and understand the risk factors and they will be discussed in more detail when you have your consultation with Dr Kumar.

Does breast lift surgery affect breast screening and the risk of breast cancer?

There is no evidence to show that breast lift (mastopexy) surgery changes your risk of breast cancer. The surgery rearranges and removes some of your breast tissue so a new “baseline” mammogram will need to be performed one year after the surgery.

The length of your recovery will depend on the specific procedure and technique that Dr Kumar has used for your results. Recovery times can vary from person to person. If you have a “desk job” or one that doesn’t involve significant upper body physical activity, then most patients are back at this within 2 weeks of surgery. In general, however, Dr Kumar suggests that you should allow 4-6 weeks for initial recovery following your surgery. Scar maturation/fading often takes longer.

Patients report minor post-operative pain, which can be treated with oral medication. You will be given prescriptions to relieve pain and prophylactic antibiotics are prescribed.

A drain may be placed in each breast to drain off excess blood and fluids for the first day or two. All sutures are self-dissolving

Dr Kumar will work with you to allow for adequate and proper healing time. It is important to speak with him before returning to daily activities such as driving, lifting and exercise.

You will be given post-operative compression garments to wear after your surgery and it is vital that you follow Dr Kumar’s orders with respect to wearing these during your recovery period.
Good results depend on a collaborative approach between you and Dr Kumar. You must be willing to follow the specific instructions given to you by Dr Kumar, and attend all post-operative appointments.

Please keep in mind that your results from Breast Lift Surgery may be impacted by fluctuations in your weight, early excessive activity, skin health or Body Mass Index (BMI). Pregnancy and breast-feeding may also impact on your surgical results following your Breast Lift Surgery.

No two patients are the same and surgery results will vary from patient to patient. It is important to work together with Dr Kumar to ensure you get the most out of your surgery and results.

This complete guide to Breast Lift Surgery covers everything you need to know about this procedure, including:

After your initial consultation with Dr Kumar, you will be given a detailed itemised quote. This will include Dr Kumar’s fee, Anaesthetist fee, Surgical Assistant fee and the hospital fees.

We will also provide information on our breast lift payment plan plus other different ways to pay for Breast Lift surgery.

Can private health insurance be used?

If you are privately insured then you may be able use this for breast lift surgery in Sydney. You will need to have pre-approval from Medicare using the photographs taken in our rooms. Medicare requires that: “ at least two‑thirds of the breast tissue, including the nipple, lies inferior to the inframammary fold where the nipple is located at the most dependent, inferior part of the breast”.

Your operating theatre and hospital costs, including the post operative stay would then be usually covered if you have the appropriate level of cover. Medicare and your private insurance may also contribute to Dr Kumar’s fees. You can call your health fund and see if you are covered. The Medicare Benefits Schedule code to be used is 45558

See results on your own body with a $50 Vectra Simulation with our Patient Co-ordinator. This scan with give you a much better idea of sizing following surgery. Dr Kumar is one of very few practices that offers this service in Sydney. For very large breasts or where the areola is sitting too low on the breast, the simulation is less accurate but it’s also a good opportunity to discuss rebates, choice of hospital, and review of previous patient results.

Click here for more information or to book a 3D Vectra consult. 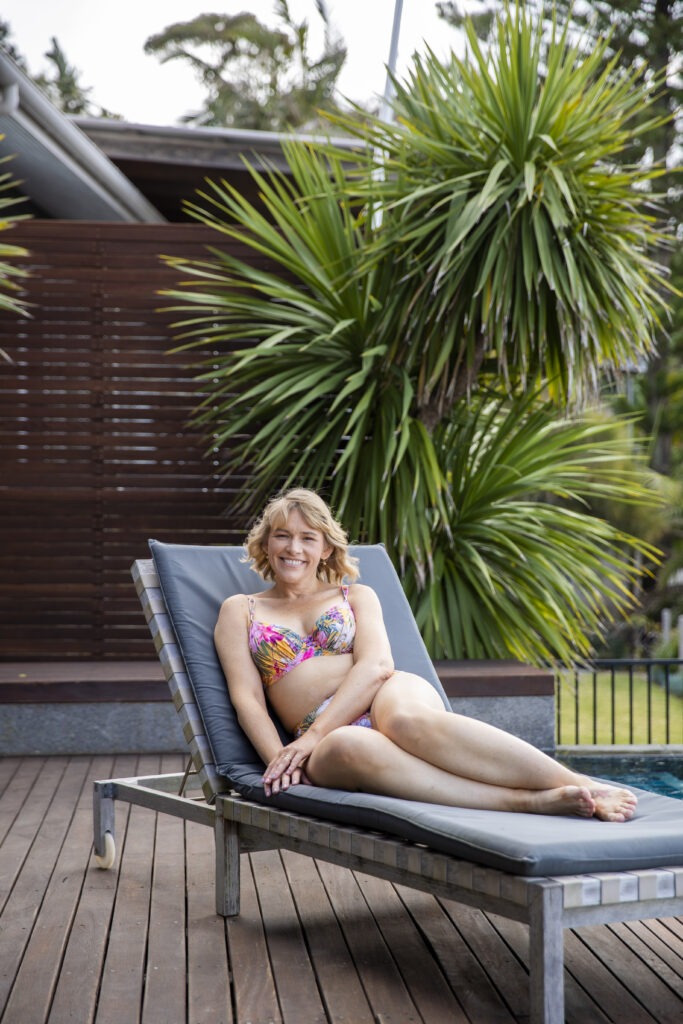 Dr Rohit Kumar is a fully certified specialist plastic surgeon. He specialises in helping patients attain their ideal breast and body shape. Whether it’s following pregnancy, after massive weight loss or just the rigors of life, Dr Kumar can help you achieve the body you’ve always wanted and along with that the confidence you may have lost. He brings over 15 years of experience to his practice and believes in creating beautiful natural results. Dr Kumar is highly sought after for his body contouring procedures which focus on areas such as the breasts, arms, back, abdomen, thighs, hips, buttocks and flanks – the areas that are most affected after losing a significant amount of weight. During your consultation, Dr Kumar will evaluate your needs and take the time to understand your main concerns before suggesting a surgical plan that is tailored specifically for you.

As a patient of Dr Kumar, you can expect a personalised and positive experience. Along with him, his professional and caring team are there to support you on your surgical journey from your first call to well after you have recovered from your surgery. Working in harmony with you, Dr Kumar and his team strive to provide exceptional results that will leave you feeling proud and confident in your own skin. 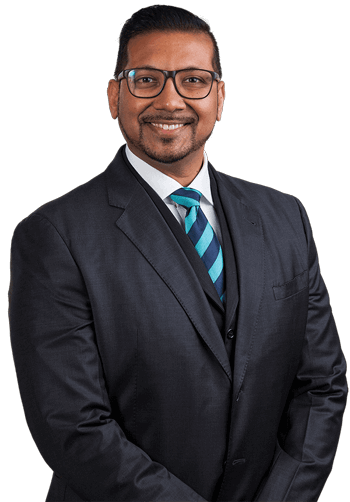 As of October 25th All Surgeries Are Back to Normal!

A consult & surgery before Christmas with Dr Kumar available NOW!

How to Book a Consult?
Arrange a clinic appointment and surgery with Dr Kumar via our contact form or call us.

If you also have any questions about procedures please don’t hesitate to contact us.